.The Creighton Model FertilityCare System relies upon the standardized observation and charting of biological markers that are essential to a woman's health and fertility. These biomarkers (bleeding, mucus, dryness) tell the couple when they are naturally fertile and infertile, allowing the couple to use the system either to achieve or to avoid pregnancy. These biomarkers also relay abnormalities in a woman's health. The system allows a woman to unravel the mysteries of the menstrual cycle.

The System is also the basis for the new women's health science, NaProTECHNOLOGY (natural procreative technology). Abnormalities unveiled by the woman's charting can be diagnosed and treated by a trained NaProTechnology Medical Consultant.
Research leading to the development of the Creighton Model System began in 1976 and the system was first fully described in 1980. The research on this system has continued up until the present day and it has an extraordinary degree of scientific understanding and validity.
​
The Creighton Model is based upon a couple’s knowledge and understanding of their naturally-occurring phases of fertility and infertility. Through this understanding, the couple is able to make choices regarding the achievement or avoidance of pregnancy. In addition, it provides women the added benefit of being able to monitor and maintain their procreative and gynecologic health over a lifetime. It is the only family planning system which has networked family planning with gynecologic and procreative healthcare and health maintenance. The teachers of the System are trained allied health professionals. Medical Consultants are specifically-trained physicians who have been educated to incorporate the Creighton Model into their medical practice.


Excerpted from creightonmodel.com, Pope Paul VI Institute for the Study of Human Reproduction 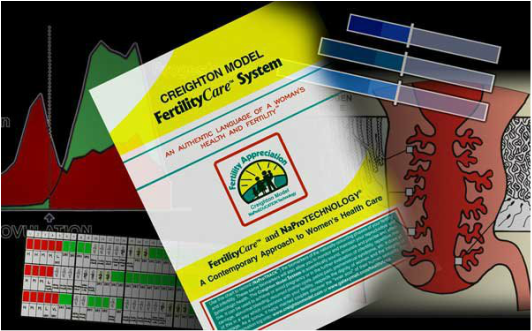